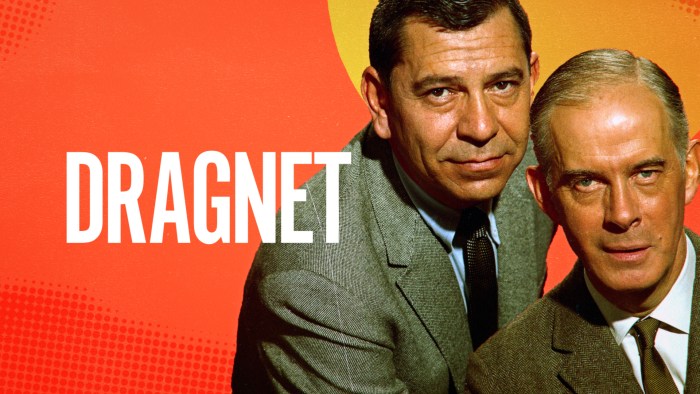 Born on radio, with a long run in the fifties, this iconic police procedural was revived by Jack Webb in 1967 to confront the social upheaval and cultural turmoil of the '60s - in living color! Yes, here comes "the fuzz." Jack Webb and Harry Morgan were Sergeant Joe "Just the Facts" Friday and his partner, Officer Bill Gannon. Two hard-boiled, by-the-books detectives, they worked the beat protecting law-abiding citizens from thieves, murderers and hippie freaks in true crime stories from the files of the L.A.P.D. And, as always, "The names have been changed to protect the innocent."

Just the facts: two episodes every Sunday at 11PM/10C

-See Jack Webb play Joe Friday for laughs in a 1968 sketch with Johnny Carson on The Tonight Show.